The history of dentistry has some interesting hidden facts that could blow your mind. After reading this, you’ll probably be thankful for being born in an era where dental services are very much evolved.

Dentistry wasn’t always as painless and effective as it is today. Most of us wouldn’t have survived a toothache 5000 years ago.

In fact, if there were a time machine that allowed you to go back to the times when anesthesia didn’t exist, you’d probably be horrified.

In this article, we’ll be looking at how some aspects of dentistry have evolved over the years to become the reliable practice you can trust your smile to these days.

Who Was The First Dentist? 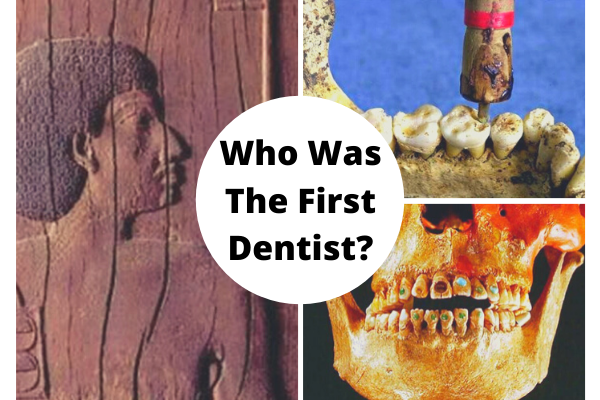 The very first dentist dates back to 2600 BC in Egypt. There weren’t many cavities back then because their diet didn’t include lots of sugars, but periodontal disease and enamel erosion were pretty common instead.

According to old records about the history of dentistry, a man known as Hesy-Re was named the first dentist ever. However, unlike the dentists today, Hesy-Re didn’t really give patients long-term remedies. Most solutions were short-term treatments for pain and utility.

If we turn to the Middle Ages, you’d have to go to the barbershop to treat a toothache. That’s right, they not only performed minor surgeries and pulled teeth out, they could also give you a new hairstyle and cut your beard.

And although you’d probably never go to a barber for dental care, the upper classes back then kept their oral health in check just for the sake of fashion.

When Did The First Toothbrush Come Out?

Believe it or not, people continued to use toothbrushes like these until 1938.

That year, Dupont de Nemours was the first in the history of dentistry to introduce nylon bristles. Doctor West’s Miracle Toothbrush was the first nylon toothbrush.

Later, most Americans adopted the strict hygienic habits of World War II soldiers. And started to become more and more interested in proper oral hygiene adopting it in their everyday lives.

When Was Toothpaste Invented?

Even before toothbrushes came around, Egyptians began brushing their teeth with a paste circa 5000BC. In China and India, people initially also used toothpaste approximately 500BC.

The toothpaste looked nothing like the regular tubes you buy in the supermarket, not to mention that the ingredients were very different.

Before, people used ancient toothpaste to address some of the same issues that we face now, such as keeping teeth and gums clean, teeth whitening, and breath freshening.

And to achieve that had, people would put a wide range of substances in it. For instance, they used a combination of powder of ox hooves, ashes, burnt eggshells, and pumice as the main ingredients.

For the most part, they were abrasive for teeth but got the job done pretty well for them. In recent years, toothpaste has come a long way from shell mixes, but it still has the same goal: to keep teeth clean and refresh breath.

How Has Dental Technology Evolved? 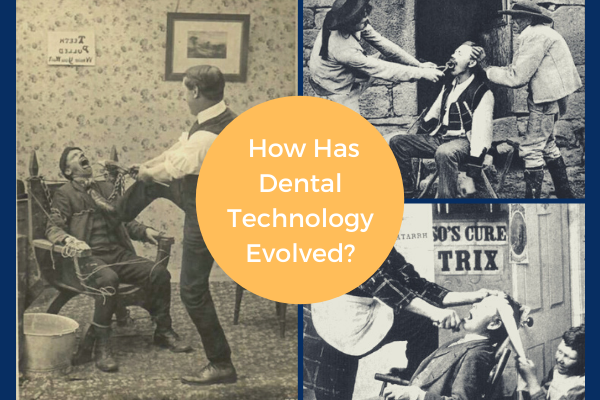 Although nowadays, some people still hate the sound of drills and think modern dental tools are pretty much a nightmare, they can’t even compare to the tools dentists had to use back in the day.

We now have various choices for keeping you comfortable and pain-free, thanks to modern medicine and technology. But back in 1810, dentists had to use tools like the tooth key.

The tooth key was an instrument for extracting infected teeth. The tooth key’s claw would be anchored deep between your tooth and gums.

The purpose was to pull out a tooth by just slowly turning the device once. But this often caused broken teeth, tissue damage, and even jaw fractures, causing patients even more pain on top of the infection.

Later on, the foot-operated drill came around. To operate it, it required the dentist’s foot, hand, and eye coordination, but at least gave the dentist a little more freedom to operate in cavities.

Thankfully, those days are long gone. Today, besides having different variations of anesthesia, we’re also prepared with artificial intelligence and more precise tools to carry out comfortable and quick procedures that won’t make you want to escape the dental chair.

For our ancestors, replacing their teeth with animal’s or other people’s teeth was the best idea they could think of. You could even say that fake teeth back then weren’t entirely fake at all.

Can you imagine having your teeth replace like that nowadays? Probably the thought sends shivers down your spine.

Dentures date back to roughly the 7th century BC. Etruscans created dentures out of animal and human teeth. They stopped this practice once they became civilized, but they were back at it again in the 1700s when sugar became overly consumed.

Sugar started to cause more decay, and people began to develop new techniques to save their teeth, so much so that it was rare for someone to reach 50 years old with all their natural teeth.

Over the history of dentistry, there have been false teeth made of:

The British created dentures with the teeth of dead soldiers from the battle of Waterloo. People considered them fashionable because of their poor quality. They had to remove the dentures when eating.

In Mexico, some ancient tribes would collect teeth from wolves to replace missing teeth. The toughest part is they didn’t even use any wires or appliances to attach the teeth in their mouth. They simply placed the teeth directly in the empty sockets in their mouths.

In 1843 Charles Goodyear figured out how to make flexible rubber, and then they discovered that they made a comfortable base for false teeth. This made dentures more accessible for the middle class.

Have You Experienced Advanced Dentistry Yet?

If you need high-quality dental care, it’s right at your fingertips. You can get a crown or teeth whitening in a day with Dr. Serena Kurt, an experienced dentist in San Diego.

No need to fear or feel anxious. She takes a personalized and passionate approach to ensuring a comfortable experience during any dental procedure.

Get in touch with us and book your first appointment today.